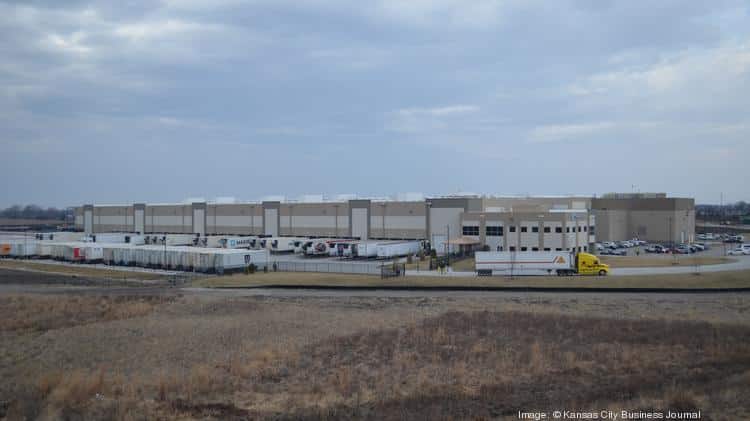 A sizable solar project underway in Johnson County is the tip of the spear when it comes to NorthPoint Development’s sustainable energy aspirations for its immense industrial park portfolio across the country. NorthPoint has started work on a rooftop solar array at ColdPoint Logistics, a 632,000-square-foot cold storage distribution facility in Edgerton’s Logistics Park Kansas City. The Kansas City developer expects to complete the project and begin operations by the year’s end.

The ColdPoint array will consist of 6,187 solar panels, with a system size of 3 megawatts (MW) DC, or enough annual energy to power roughly 2,452 homes. NorthPoint said the rooftop project will become the largest of its kind across Kansas, Missouri, Iowa, Nebraska and Oklahoma.

“We have looked into this for several years (with three energy studies since 2018) and were finally able to execute on in 2022,” ColdPoint Logistics President Aaron Burks said in a release. “We live by our Core Values at ColdPoint, and this project was the right thing to do for our environment and customers. The project is a significant capital investment that will ultimately reduce our operational costs, allowing us to provide the best value possible for our customers.”

Over its 30-year life, the solar project is expected to generate one-third of ColdPoint’s annual power, on average, while reducing the high-energy facility’s carbon footprint by 45,300 tons. Partnering with NorthPoint are MC Power Companies. Inc., which is completing the project’s system design and installation, and UniRack, which provided its racking system.

“It is a fantastic achievement to be not simply awarded this project but equally helping them achieve their clean energy initiatives,” Mike Wilson, Senior Vice President of Business Development for Utility-Scale Solar with MC Power Companies, Inc., said in the release. “We highly value our relationship as a trusted advisor of NorthPoint Development and look forward to a continued and successful partnership in the years to come.”

NorthPoint recently hired Charles Blaschke as vice president of energy and sustainability. Blaschke comes to NorthPoint from Verdigris Technologies, a California artificial intelligence technology platform for smart buildings, where he worked as an executive since July 2021. Beforehand, he was CEO for Taka Solutions, a Dubai energy services company he founded in 2012.

From NorthPoint’s Kansas City office, Blaschke now will oversee company initiatives to reduce its carbon footprint, ensure energy security and partner with tenants looking to achieve their own sustainability goals.

NorthPoint’s plan targets both community solar, providing energy for those without their own installation, and behind-the-meter tenant offerings, both through new construction and use of existing assets.

“NorthPoint Development has some of the most ambitious goals and strongest support from the top of any company I have seen for sustainability,” Blaschke said in the release. “I am excited to help such a great company make a large impact in many ways, specifically with our market-leading tenants. ColdPoint is an exciting project and shows where we are headed; while only one project, it is the start of our journey to transform our assets.”

NorthPoint has completed about 72.5 million industrial square feet at 104 U.S. properties between November 2016 and November 2021, or more than any other industrial builder over that timeframe, per data from Real Capital Analytics. Among private-sector landlords, only Amazon built more during those five years, at 81 million square feet, the data shows.

If NorthPoint were to retrofit all of those rooftops, it would equate to more than 1,258 football fields of solar panels.

“With over 200 existing large, Class A industrial buildings across the U.S. and 20 additional buildings added each year, we have the potential, and goal, to put a material dent in the clean energy space and be the true leader,” Blaschke said. “As innovators, we will use this position to deploy cutting edge technology like hydrogen, waste-to-energy, geothermal and emerging technologies in our large parks to serve our tenants.”

Sign up for our email newsletter to stay up-to-date on industry news, client success stories and more.